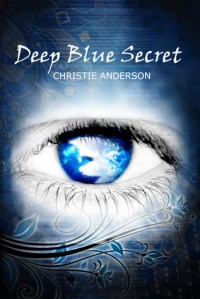 California teen Sadie James thinks her life couldn’t get any better. She has great friends, an energetic mother she adores, and the beach practically in her own backyard. But her carefree life is turned upside down when she’s rescued by a mysterious and strangely familiar boy who won’t even tell her his name. Each time the boy appears, Sadie’s unexplainable attraction to him deepens along with her need to unravel his secrets. The boy is there to protect her, but as wonderful and exciting as it might be to have an irresistible boy with crystal green eyes protecting her every move, every minute of the day…why does Sadie need one? As Sadie finds answers, she realizes her life isn’t as perfect as she thought. Not only is she caught in a world of dangerous secret agents she never knew existed, but it turns out her true identity may be the greatest secret of all. From Goodreads.

This book started off very strangely, I wasn’t sure if they were aliens or from another dimension. I am still not completely sure. I guess I am going to have to read the second book to fully understand what they happen to be.

Sadie seemed like a great girl, she falls in love with someone that she didn’t realize she knew. Okay she had no idea who he was but he has been in her life almost her entire life. Recently she starts going through bouts of depression which scare her. I mean if it was that bad, I would be scared too, although I would also tell my parents. After a mistake and a near drowning, she is saved by Rayne and they hit it off.

Rayne seemed like a great guy, he finds out that Sadie needs more “water” from where they are from and that her dad is like him but her mom is a regular. It was very complicated about what happened with her dad, of course finding out why Rayne has only this one job and who Sadie’s dad is was quite shocking.

The story had a bad guy who used his son to kidnap Sadie and almost kill her due to not getting any of that “water”. His son, Ash didn’t seem like a bad guy but you never know what is going to happen in the second book, which I will read to find out what just happens. Also to see where Sadie and Rayne end up as a couple, and if I actually find out what they are.

I gave this book 4 out of 5 stars even though I was confused, the story was great.