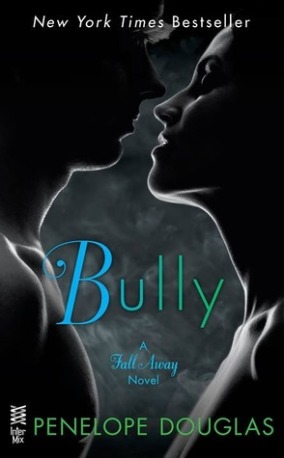 My name is Tate. He doesn’t call me that, though. He would never refer to me so informally, if he referred to me at all. No, he’ll barely even speak to me.

But he still won’t leave me alone.

We were best friends once. Then he turned on me and made it his mission to ruin my life. I’ve been humiliated, shut out, and gossiped about all through high school. His pranks and rumors got more sadistic as time wore on, and I made myself sick trying to stay out of his way. I even went to France for a year, just to avoid him.

But I’m done hiding from him now, and there’s no way in hell I’ll allow him to ruin my senior year. He might not have changed, but I have. It’s time to fight back.

I’m not going to let him bully me anymore.

***This novel contains adult/mature young adult situations. It is only suitable for ages 18+ due to language, violence, and sexual situations. —Goodreads

I know its been a while and well I am just getting back into the swing of things with reviewing but this book..was amazing. I kinda loved and hated Jared so much for everything that happened with Tate. There wasn’t much about this book that didn’t just hook me.

Even though Jared could be a HUGE ass to Tate, he definitely had his moments and his reasons. Okay so his reasons were completely understandable but not at the same time. I don’t know anyone who wouldn’t do similar stuff at his age. Their relationship throughout the book grew into something amazing.

I especially love how Tate is big into racing and cars. Not many girls are depicted that way in books, actually in all the books I have read I think she may be the only one that I have read like that. I enjoyed her friendships and relationship with her dad, she is definitely loyal.

I remember I picked this book out based on a whim and figured I would give it a shot and I can tell you I was not disappointed in it at all. I have actually re-read this book I believe I am on my 4th time 🙂 I hope you enjoy it as much as I did.

I gave this book: